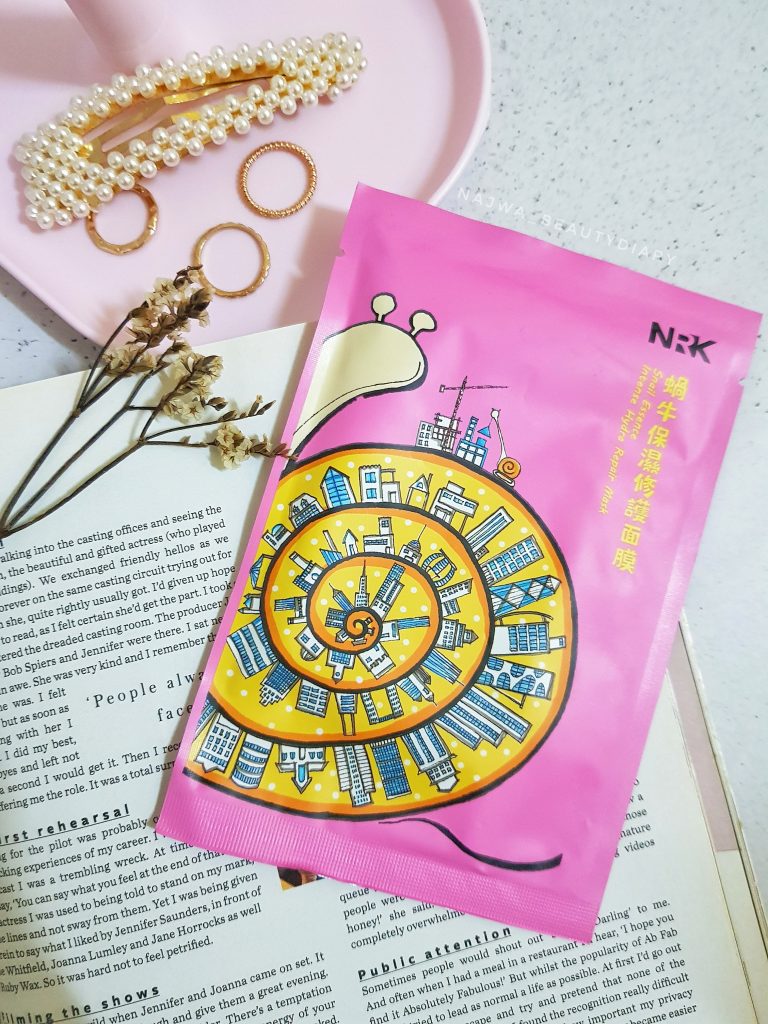 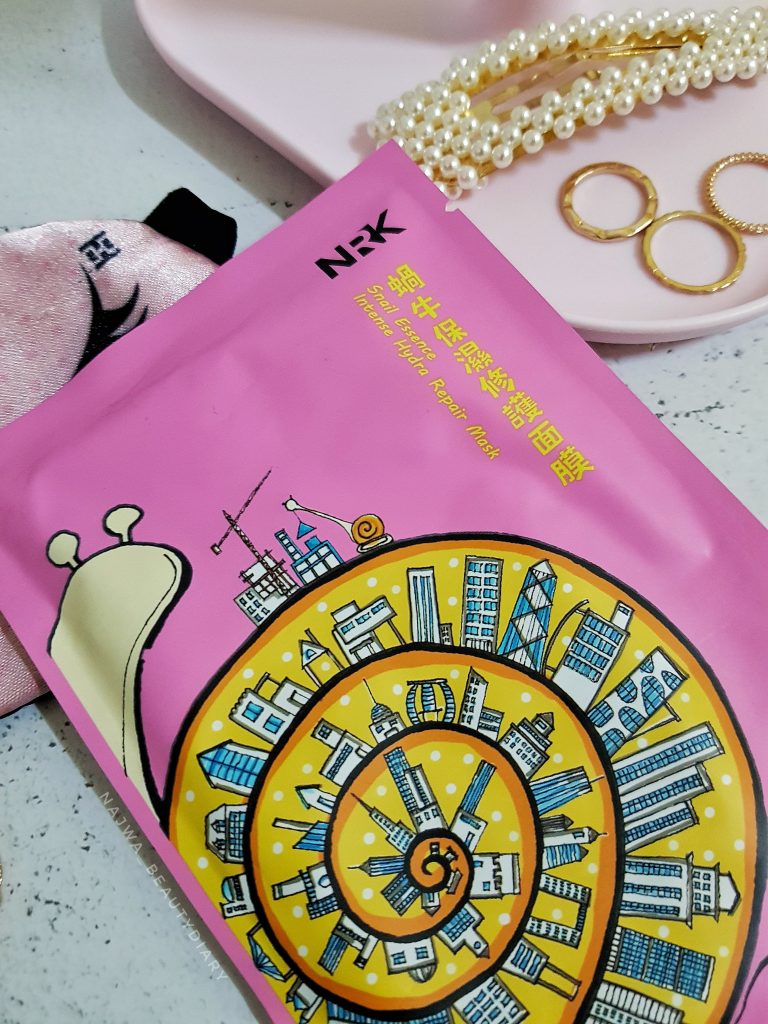 This mask claims to quick replenish moisture and repairs damaged skin. Personally I don’t expect too much on the skin damage repairing as I know it will take time to show any significant effects on that, thus with consistent usage and also with the additional products, it surely will help. So I decided to just focusing on the moisturizing part and other potential benefits to my skin. 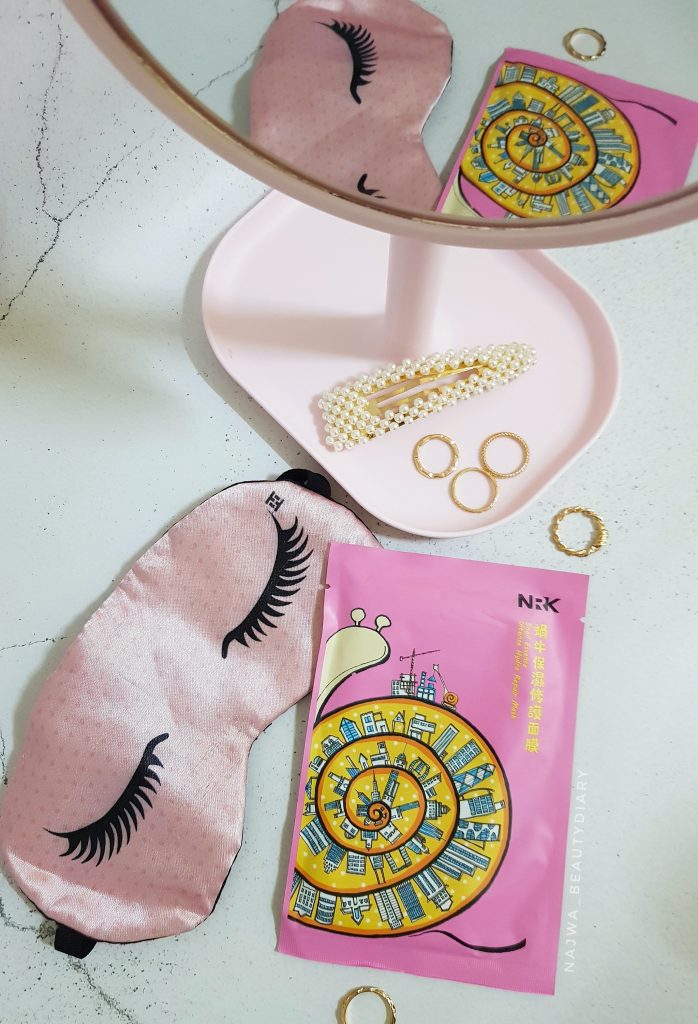 How to Use
After cleansing, apply the mask evenly onto the face for 15-20 minutes. Remove mask and continue with usual skincare routine.

My Experience
I’ve read so many reviews before decided to buy this mask. I’m really intrigued to try it since most reviews I read tells how they’re satisfied with this mask. Plus I’m so curious about the texture of the essence. Just like what I’ve read, it is true, the essence of this mask is not the usual runny and watery type. It’s slimy, yes VERY slimy and gooey.

The texture reminds me of COSRX snail mucin, it’s almost the same! I believe this consistency is  because of the presence of Algin. Due to the slimy essence, the mask feels slippery when I tried to apply it to my face. Thankfully there’s a plastic backing included so it’s much easier to unfold the mask. I also found that the mask is quite strong and durable, hardly torn off. 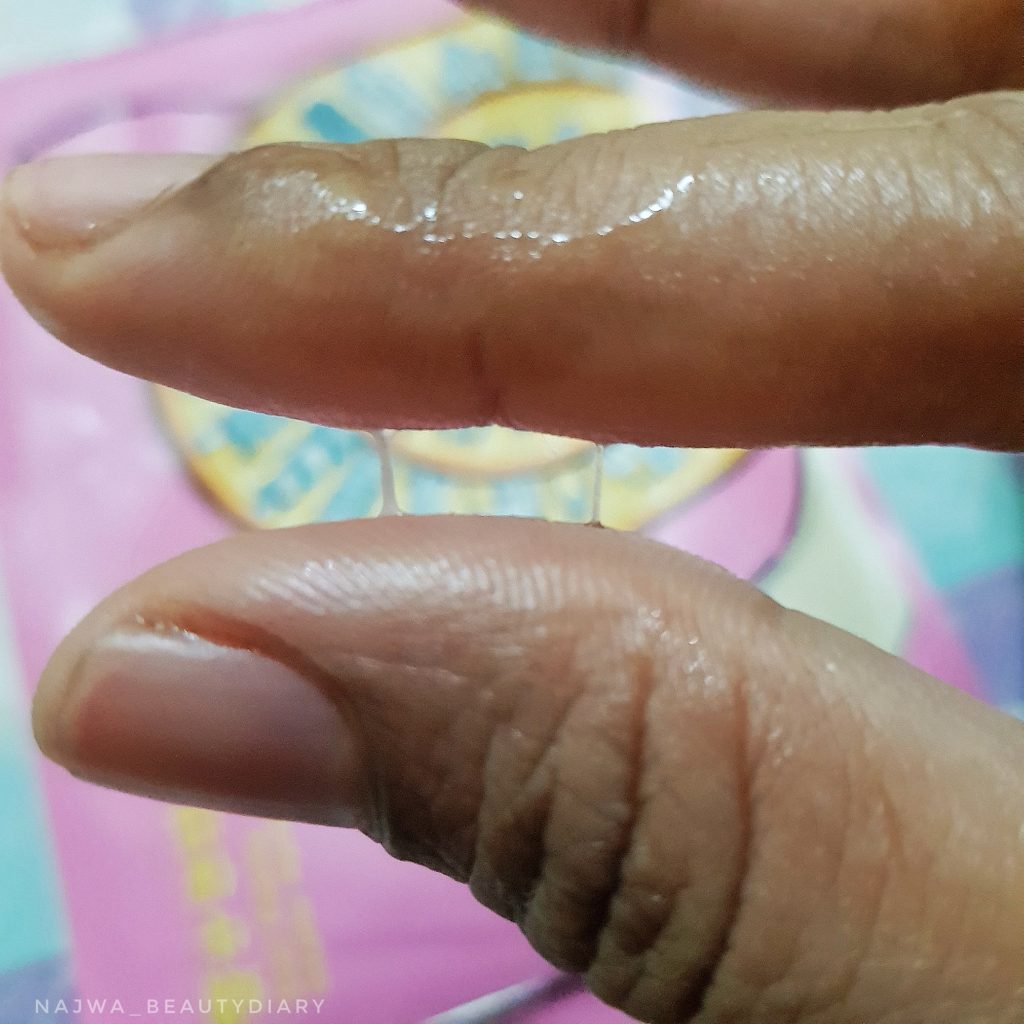 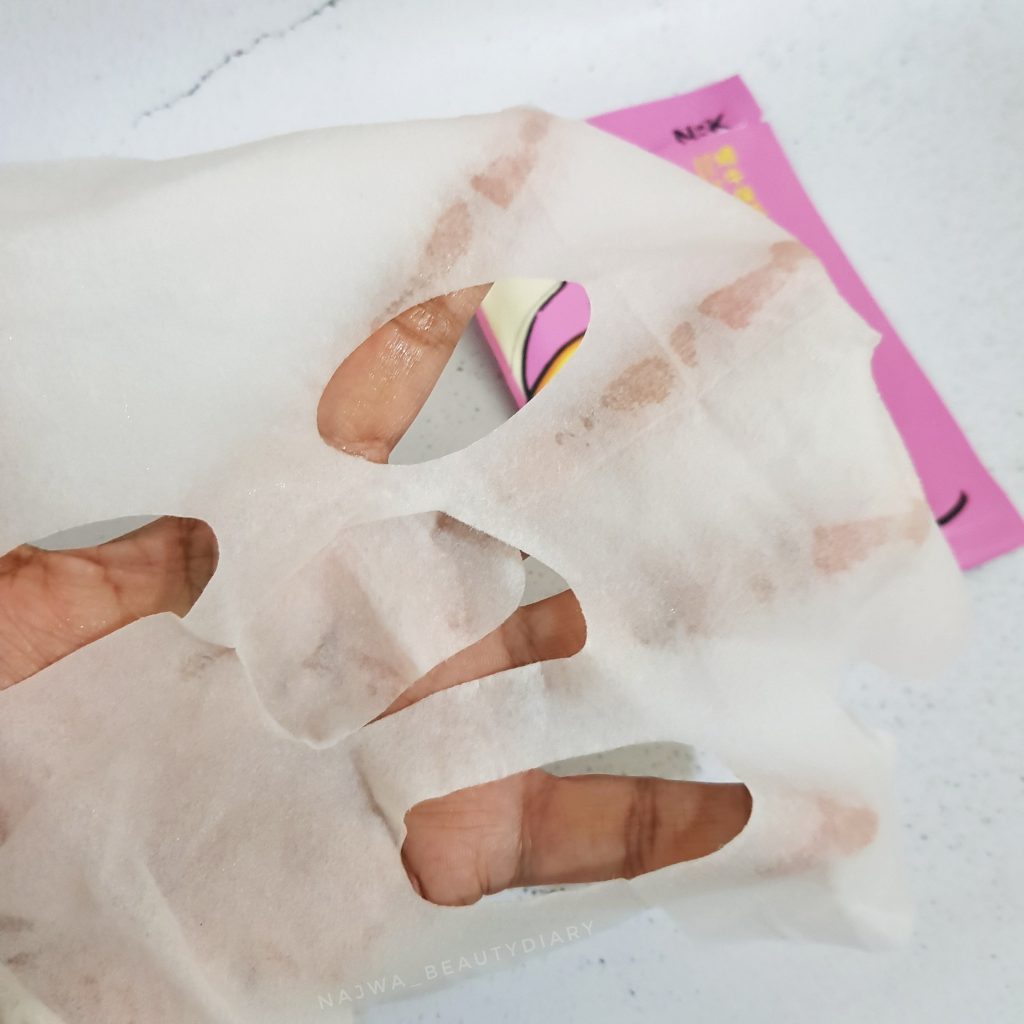 The mask has a standard floral fragrance, not too overwhelming in my opinion. The fitting is just okay for me. Maybe if I still have to point out something about it, I would say the eye holes are a bit smaller for my liking. The adherence is quite impressive, thanks to the slimy and gooey essence. The masking session went well and smooth without any qualms. It feels slightly tacky with the mask on, but for me it’s in a good way, because it kinda tightly hugs the skin and supplies all the goodness well. I can also feel a cooling sensation while masking, thus making it so relaxing and soothing for my skin through the session.

I managed to wear the mask for 25 minutes. By the end the mask was still damp, and so was my skin. I thought upon removing the mask, it will be extremely sticky and tacky because of the essence consistency, but turn out it is not! It feels just the same like any other mask. I just dab my skin until the essence is fully absorbed and it leave matte finishing. No tacky or greasy feeling, it feels good! I believe my skin get enough hydration, hence my skin looks very refreshing and alive, with more radiant look! My pores appearance also seems much more refined, and I can feel my skin a bit firmer than before. Wow the result is pretty impressive!

Rate : 4.5/5! This mask amazed me honestly! I expect it will only do the part of moisturizing, but it has wowed me with other pretty great results. I would say with consistent usage, it will definitely benefit skin more!

I like this mask, and it’s very worth to try! 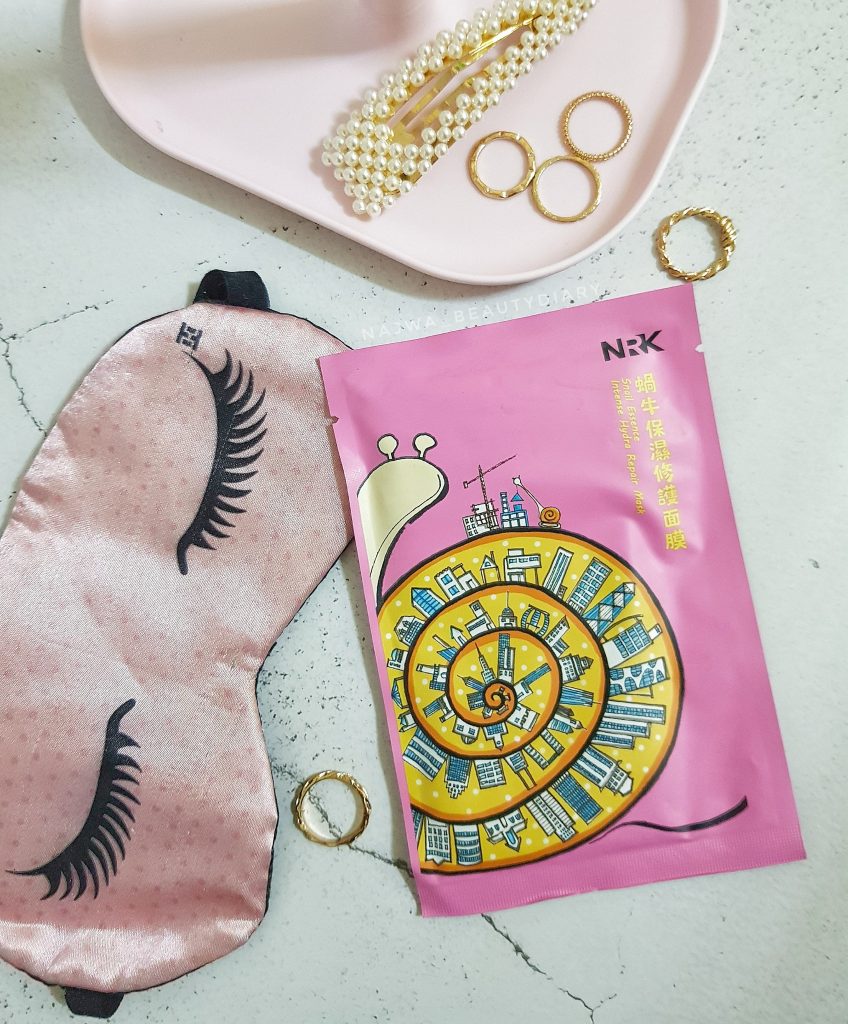 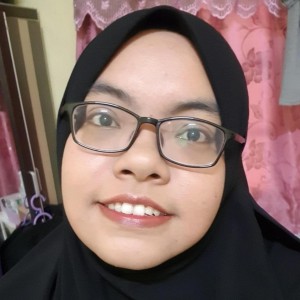 I love writing. I love photography. I love skincare. Why not I combine them all? 😍