Have you tried all of Hada Labo’s lotions? They are so so widely known and hyped, I bet almost everyone has tried them. I have tried five out of seven of their lotions and recently, their Deep Clean and Pore Refining Face Wash caught my attention. Besides, it’s so affordable so I thought, hey why not? 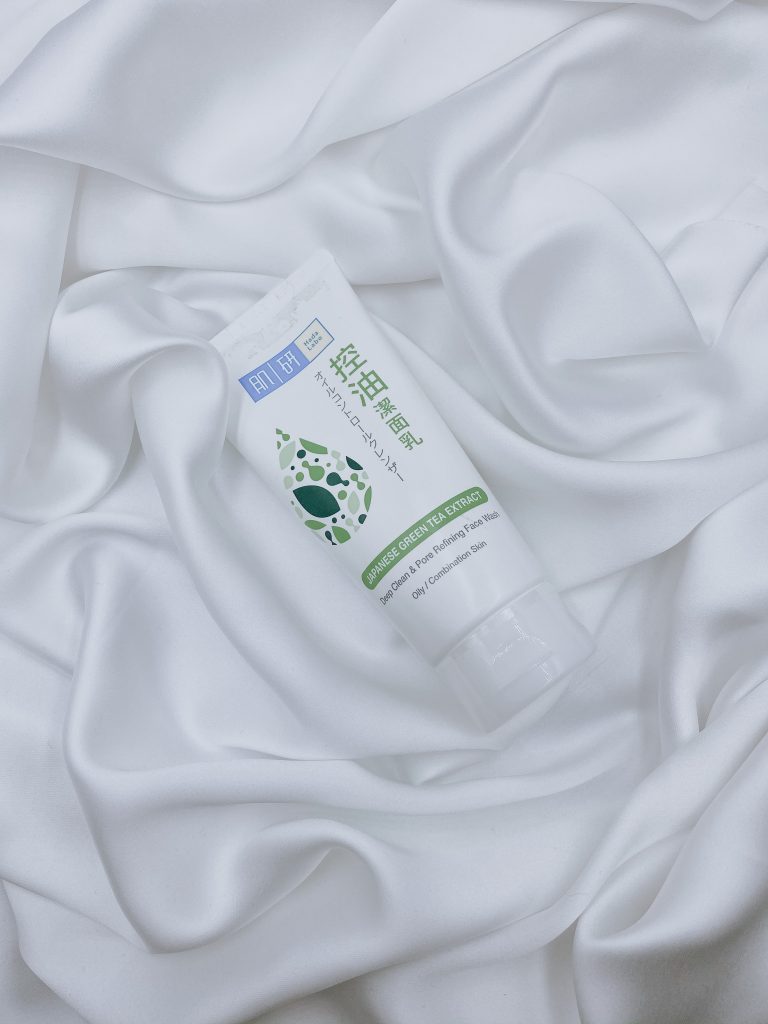 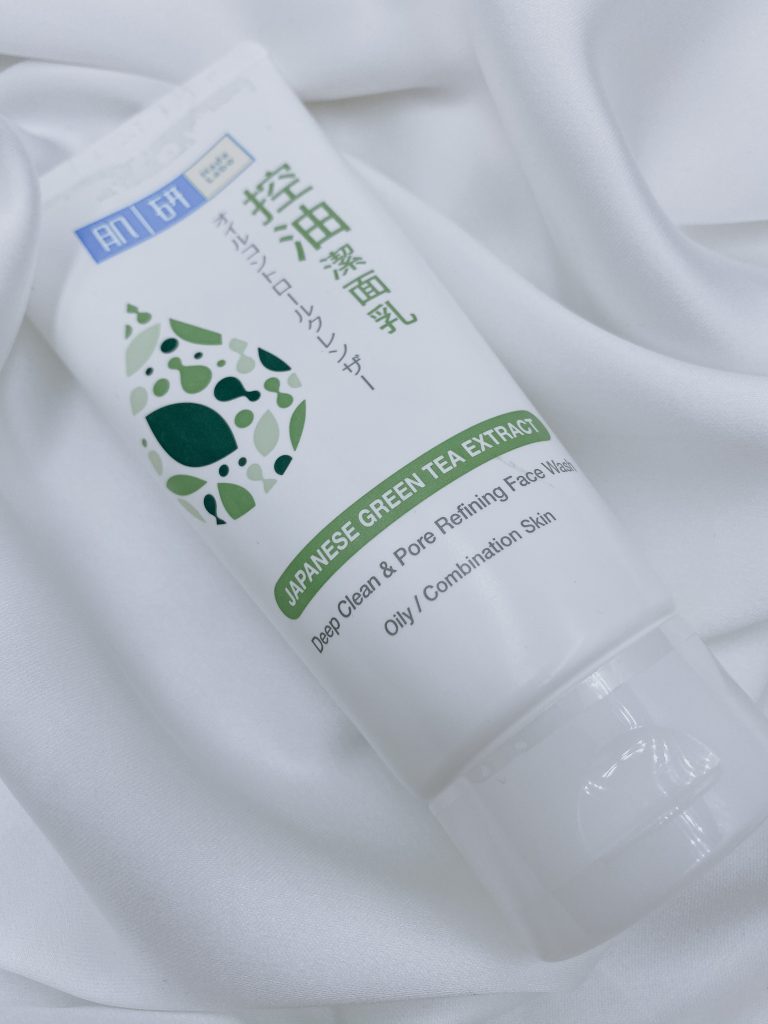 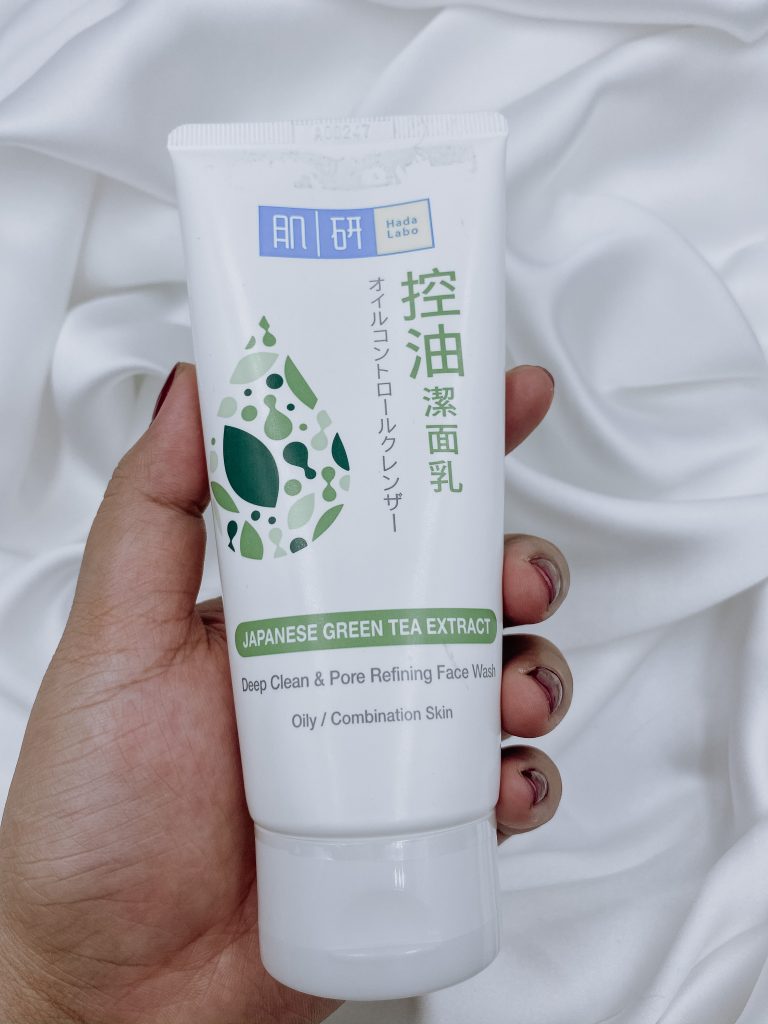 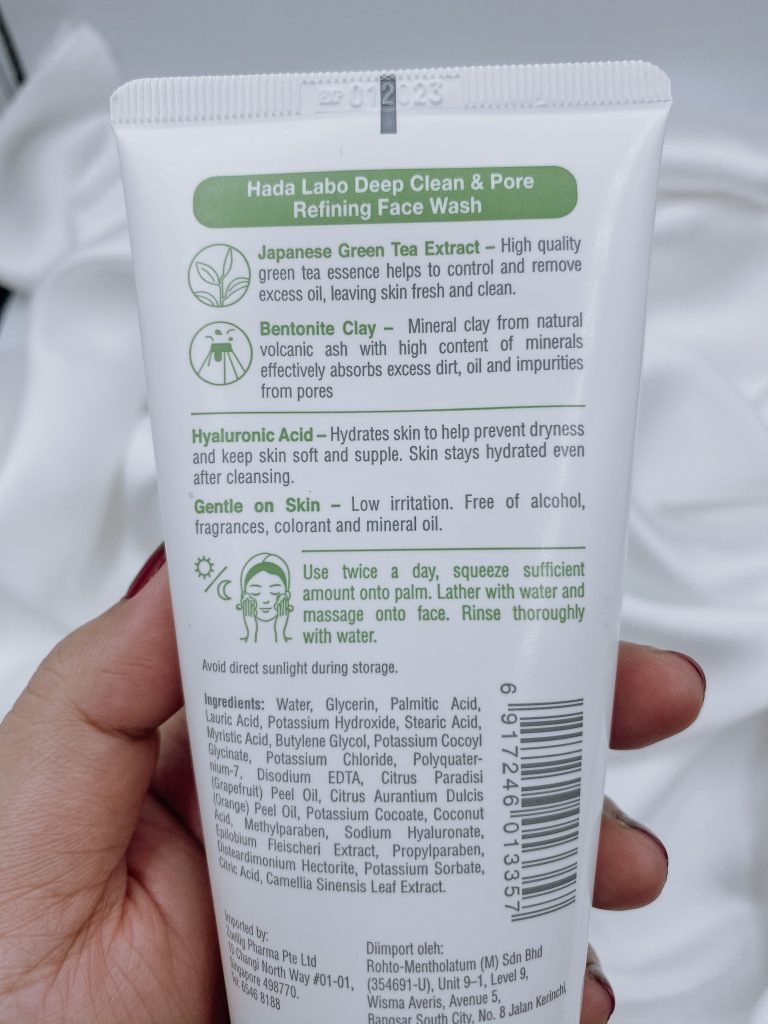 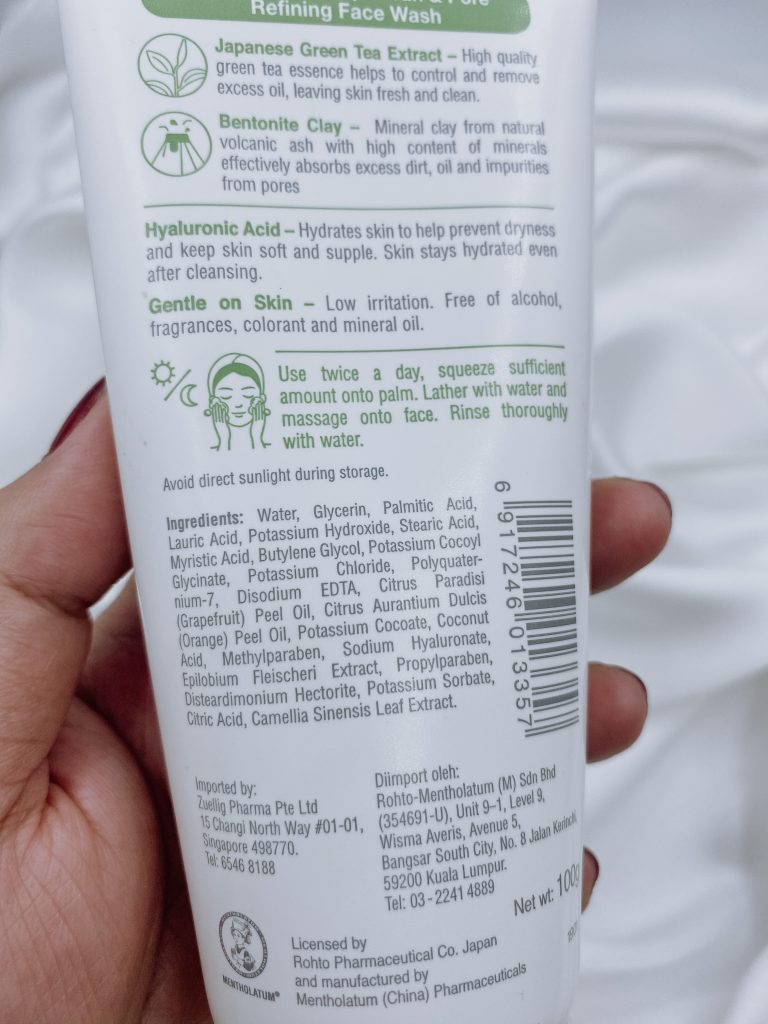 This cleanser only contains 17 ingredients. Surfactants (cleansing agents) used are quite a lot as compared to usual cleansers which are 7 of them. They are Sodium Myristoyl Glutamate, Sodium Methyl Cocoyl Taurate, Sodium Lauroyl Glutamate, Cocamide DEA, Myristic Acid, Lauric Acid, and PEG-40 Hydrogenated Castor Oil. But not to worry, as a brand that is famous for hyaluronic acid as their star ingredient, this cleanser contains a variation of it which is Sodium Acetylated Hyaluronate as a hydrating ingredient, other than Butylene Glycol and Sorbitol. Notable ingredients are Bentonite Clay, a mineral clay from natural volcanic ash with high content of minerals to effectively absorb excess dirt, oil, and impurities from the skin; and Japanese Green Tea extract to control sebum secretion. This cleanser is free from fragrance, colorant, mineral oil, silicone, alcohol, and EU allergens. I also love that this is a cruelty-free product.

This comes in a white creamy texture that looks and feels thick, and doesn’t really have a distinct smell. It lathers up well and foams finely into a whipped, pillowy texture that feels so soft on the skin but cleanses deeply into the pores. 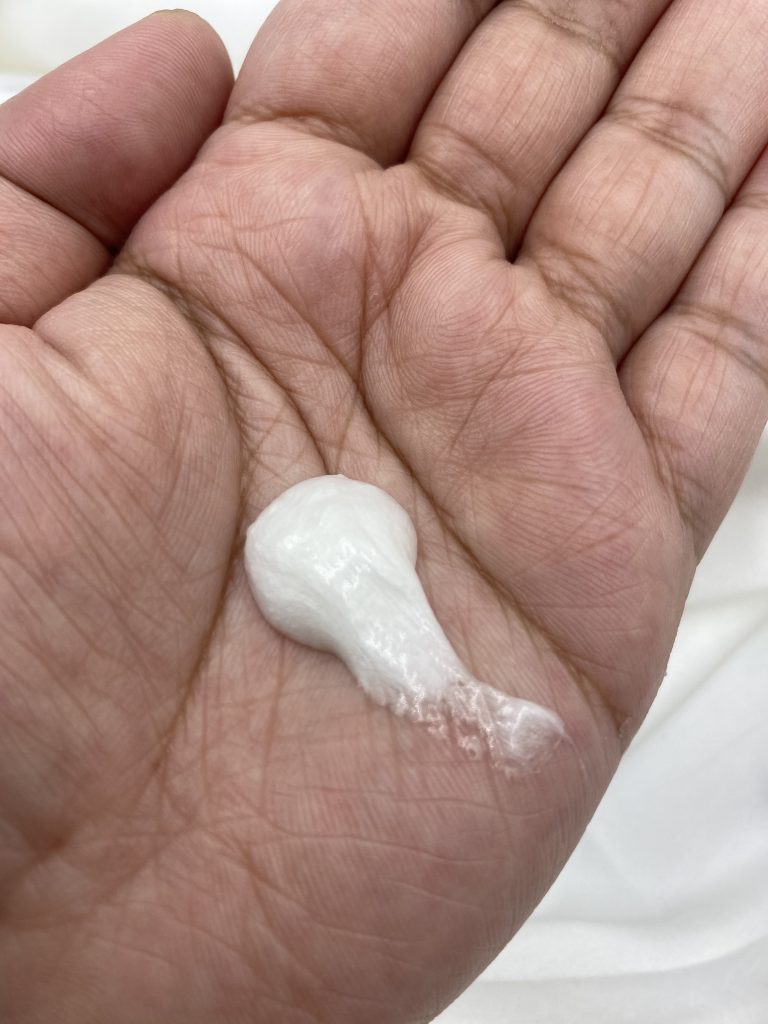 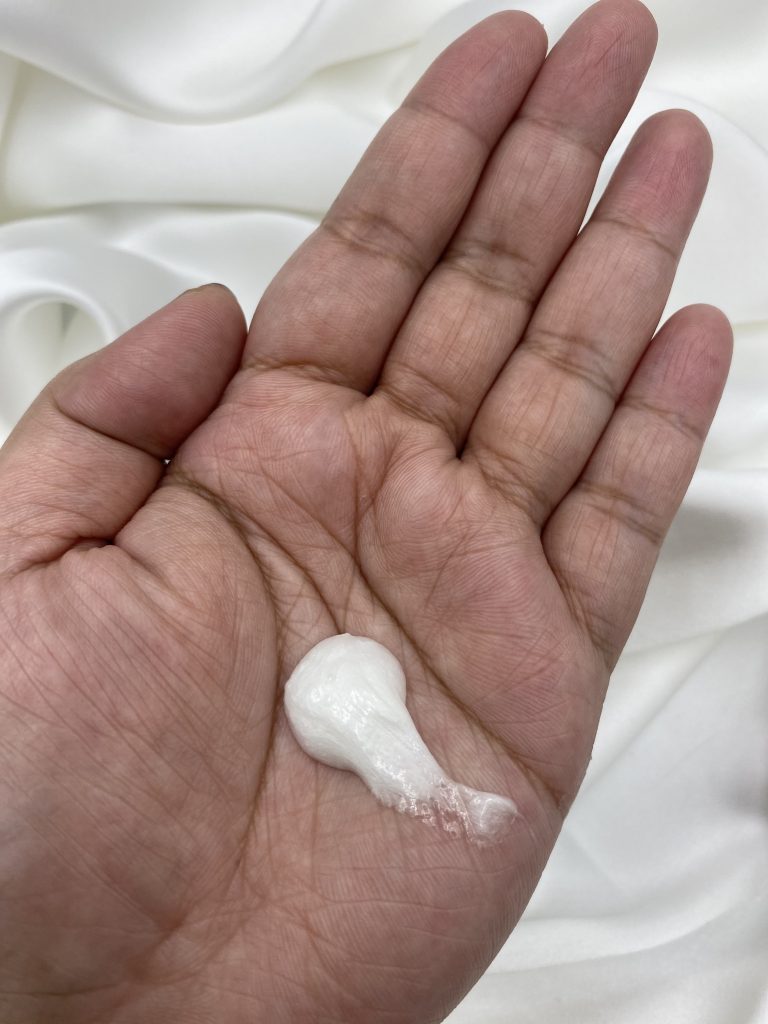 I usually only need a small amount because it foams up well so it is enough for the whole face. I massage it on for 60 seconds before rinsing it off. 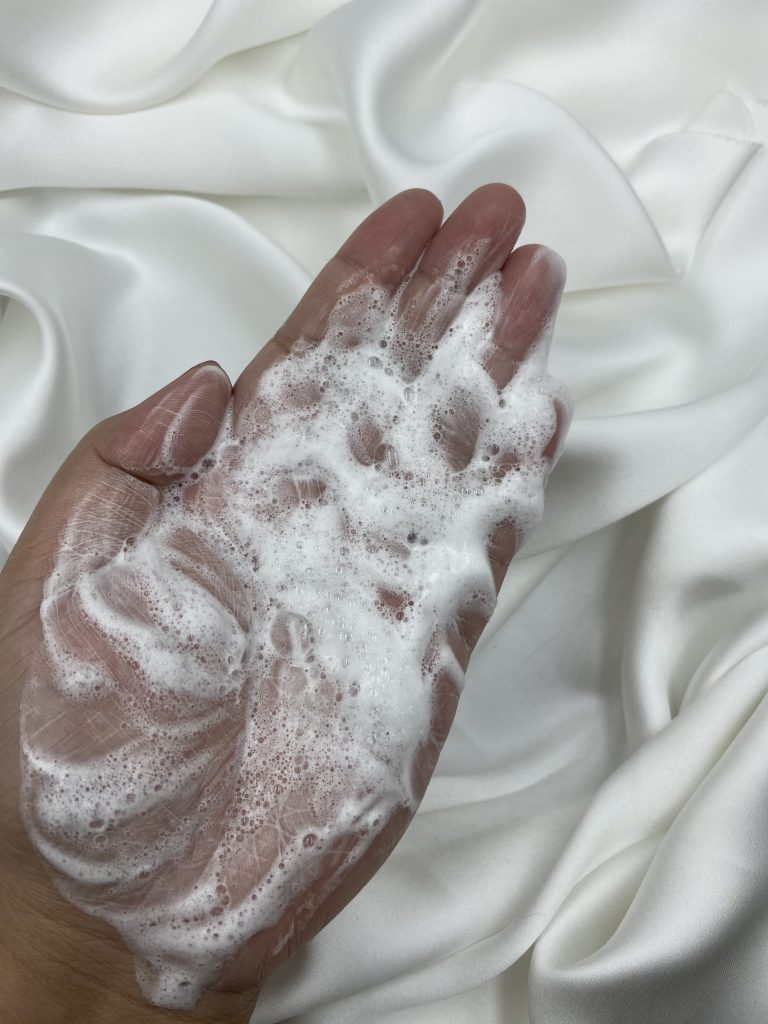 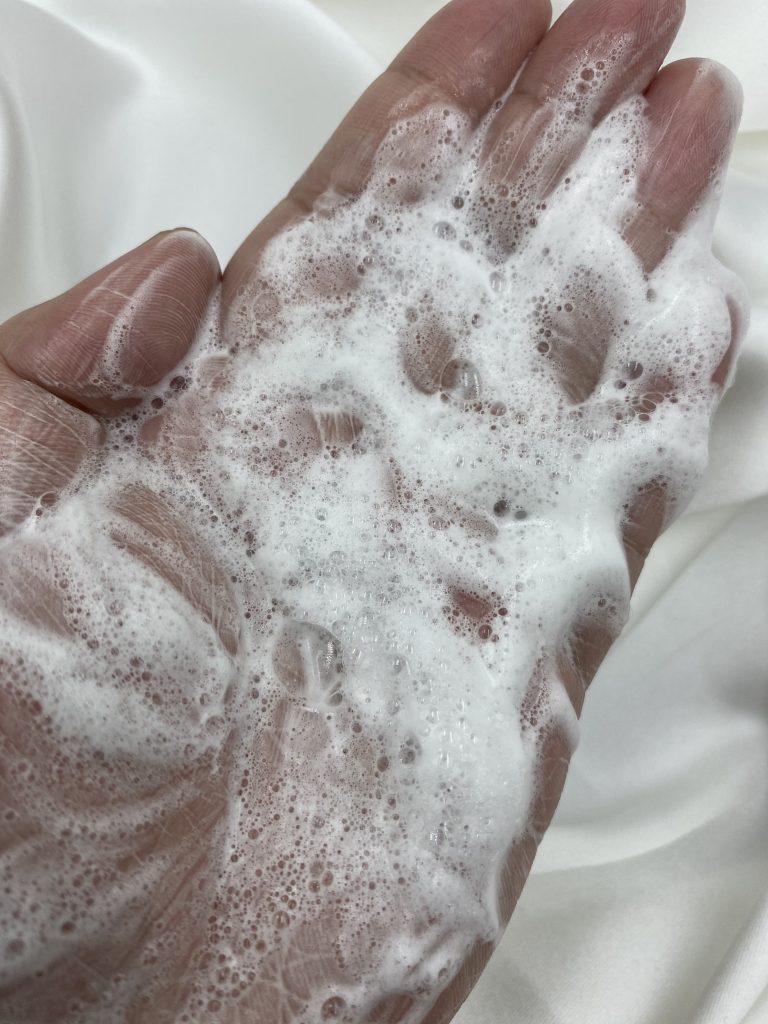 It doesn’t dry my skin or gives a taut feeling but I notice it does leave my skin feeling matte but so soft.

This cleanser is specifically designed for people from normal to combination to oily skin which is great because I think the texture can be a tad too drying for dry skin. On my combination skin, this works just fine especially during midday or in the PM as it feels like a hard worker. I don’t normally reach for this in the morning because I love my cleanser to be gentle in the morning. Glad to report that this doesn’t irritate me or give me any bad reaction.

However, I don’t really feel that this is as hydrating as it claims. It leaves my skin matte and not that much on hydrating. I don’t really mind though as it doesn’t strip off my skin’s natural moisture or damage my skin barrier. Still, it performs well for someone with an oily/combination skin like me. Due to hormonal imbalance, my skin has been really oily lately so I find this one handy as it takes off excess sebum other than dirt. Also love that it has a great foamability so it feels great while cleansing on the skin.

Rating: 4/5 this is a great cleanser that does the job well for me but not enough to really blow my mind.

Will I repurchase: Most probably, I will. 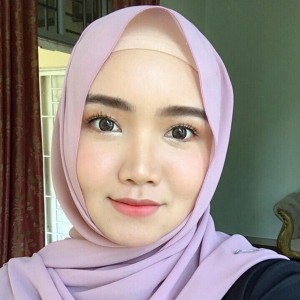